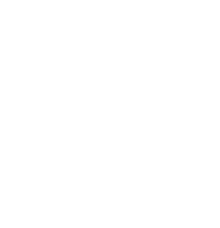 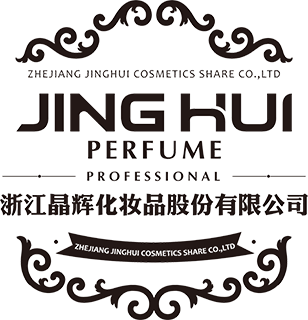 As we all know, smell not only affects the physical and psychological activities of the human body, but also affects the function of the body. Currently, research on brain waves and magnetic brain waves is going on in various fields, but research to scientifically demonstrate the function and effectiveness of smell began around 1980. Physiological and psychological effects of perfume

If you pinch your nose and eat an apple, it tastes like a raw potato, and you can't tell the difference between orange juice and apple juice in the dark. Therefore, smell can have various effects on our physiological functions.

Delicious smells enhance the coordination of the digestive system and promote the secretion of digestive juices, while unpleasant smells hinder our activities and sometimes cause headaches.

Exalitrid is contained in the root of a plant called Angelica, and its chemical structure is similar to that of Muscon, the scent component of Jakou. Mature women are sensitive to the scent, most sensitive during ovulation and less sensitive during pregnancy, but it is rarely detected by men and girls. Many scientific names for perfume plants are labeled officinalis (medicinal).

It has long been believed that the aromatic oils obtained from these plants not only have aroma, but also have mystical powers to heal mental and physical ailments. It wasn't until the first half of the 20th century that the benefits of fragrances surfaced, when French physician Gatfosse published the findings and used them in folk remedies. The effect of smell itself on the mind and body is that aromatic oils rich in alcohol, ketones, terpenes and esters have a calming effect, while those rich in aldehydes, phenols and fatty acid esters have a stimulating effect. Confirmed in the 1970s by Prof. P. Rovestie of the University of Milan.

Today, fragrances contained in fragrances are expected to have the following effects.

3. Refreshing and relaxing mood, warm the body and mind, and make the mood stable

Why not use this smell to change the mood

The mountains in the distance seem to be hazy, as if covered by a "blue mist". This is because the air containing the aroma components emanating from the trees and leaves of the forest rises and becomes fine water droplets (0.1 microns or smaller) that reflect the blue color of the sun's rays

color wavelength part and look like that. Former Rosneft (BP) Tawkin named the ingredient released from plants "phytonchid" and inhaled it into the woods as "forest bathing". The ingredient has the ability to inhibit the surrounding fine

Bacterial and viral growth. In addition, its pleasant smell can not only make us feel better, but also relieve mental stress. Scent components contained in plants are components such as shampoos. Why don't you think the forest in your office or school is full of Au de Colon fresh smell?

the smell of flowers

Flowers vary in color and each has a different smell, but it is generally said that white flowers have a strong smell. Also, most flowers are scented when exposed to sunlight during the day, but some blooms become more scented at night to attract insects. Although this is a natural law, it seems to be similar to the human world. Dream Island Tropical Botanical Garden seems to hold a flower viewing party that blooms at night almost every summer. Why don't you turn into an insect and be drawn to the sweetness instead?

JINGHUI is a private brand cosmetics manufacturer, created and manufactured in Italy to protect the world-recognized originality. We operate in 90 countries on 5 continents, helping beauty brands create their own skin care and hair care series.

As a private label cosmetics manufacturer, we always work hard to reach the highest standards and discover new solutions to offer to our customers. We can transform your cosmetic lines into beloved and successful beauty brands.ctured in Italy to protect the world-recognized originality. We operate in 90 countries on 5 continents, helping beauty brands create their own skin care and hair care series.

Thank you! your cantact letter has been sent! We will cantact you as soon as possible!